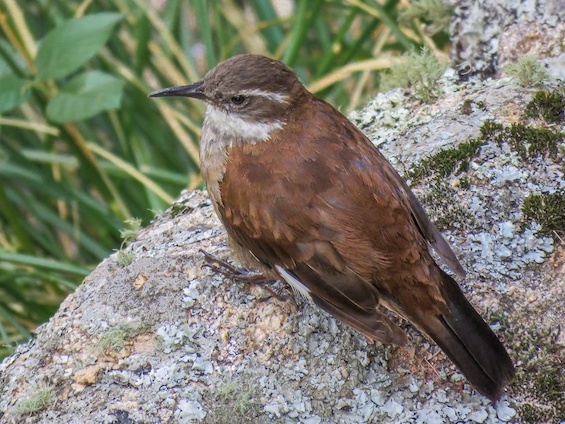 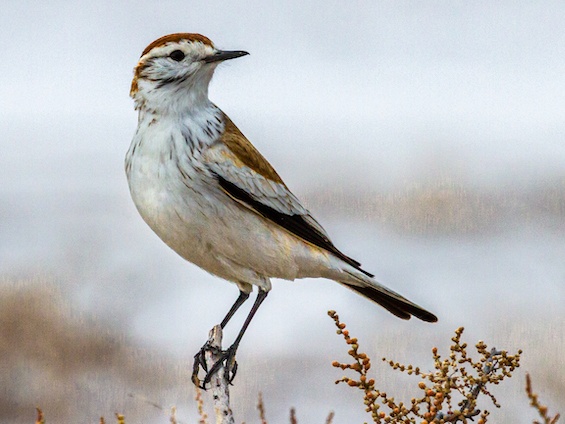 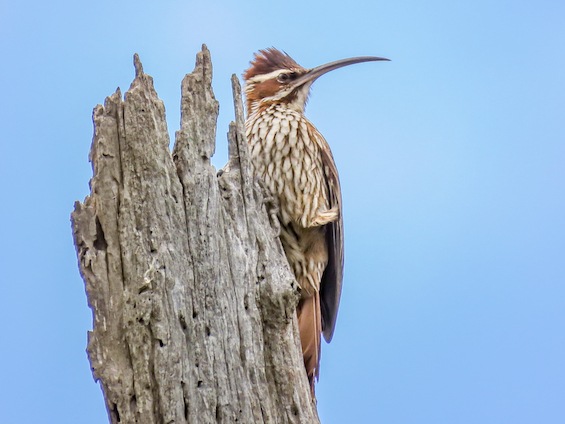 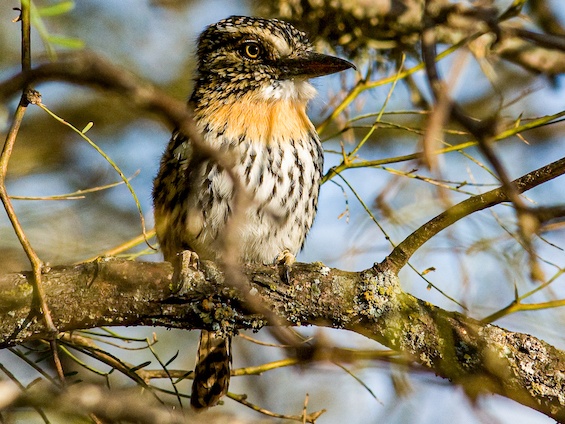 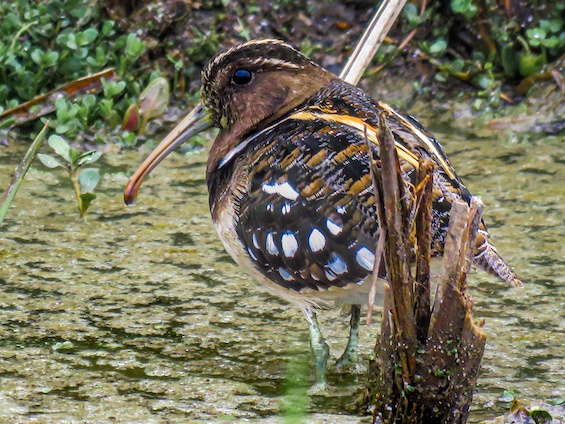 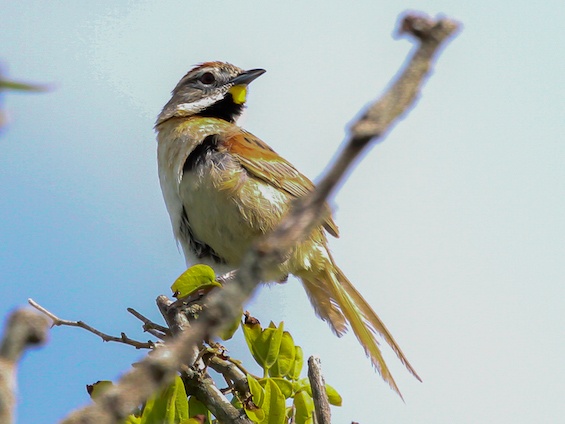 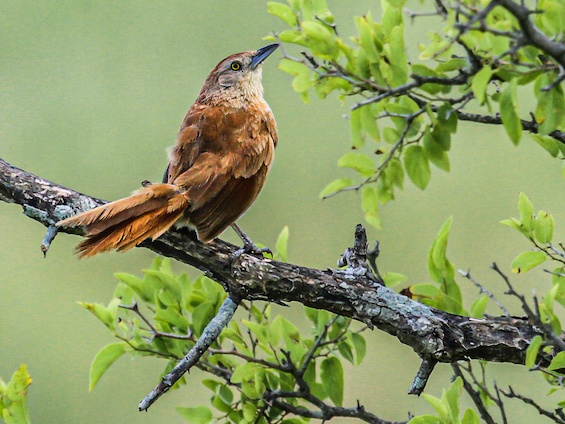 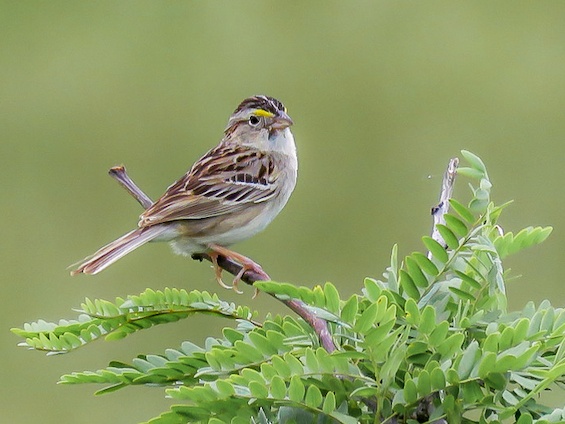 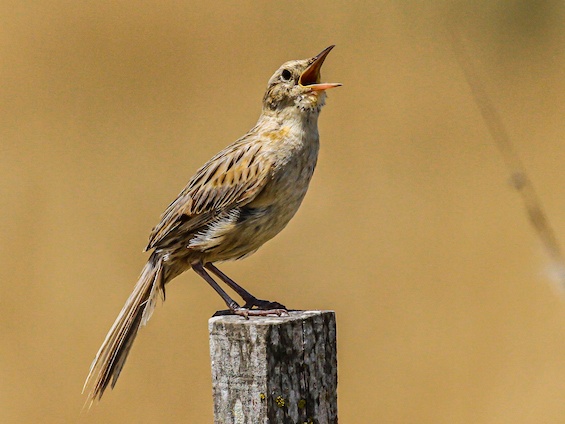 One of the eldest geological formations in the continent, the group of mountains known as Córdoba Central Hills, uplifts in the middle of the Argentine Chaco-Pampas Great Plain. Pampa de Achala, sheltered by these hills, is a plateau crossed by streams that form deep gorges. This unique place is home to many Argentine endemic species and also the most important nesting site for Andean Condor out of the Andes. Two protected areas, Quebrada del Condorito National Park and Pampa de Achala Reserve have been established here to protect Córdoba Hills’ unique biodiversity.

Finally, a visit to the northwestern part of Córdoba will give us the chance to look for one of the most restricted endemic birds of Argentina: Salinas Monjita, which only lives in the huge depression of Salinas Grandes. This salt flat spans over a vast semi-desert, shared by the provinces of Córdoba, Catamarca and Santiago del Estero.

The Pampa is an extensive humid plain shared by Argentina, Uruguay and Brazil. In Argentina, the Pampa Grassland covers an area of more than 50 million hectares in the central part of the country. This unique habitat is well represented in the Province of Buenos Aires, where birders and naturalists can enjoy nature in a diversity of wildlife reserves spread throughout its territory. There is no need to go too far from Buenos Aires City to see some of these reserves, and actually Costanera Sur, one of the best birding spots in South America, is located right in front of the business district of this city.

The Argentine Pampas are well known around the world mainly by the famous “Gauchos” -Argentine equivalent to the North American cowboys- and for the supreme quality of the Argentine beef, which is mainly produced in the “Estancias” (cattle farms), located in this part of the country.

It was here where the famous British-Argentine naturalist and author William Henry Hudson was born. Hudson wrote many moving stories about the life and customs of the Gauchos, and he also described in full detail many birds and animals of the Pampas. He was highly impressed by all the effort and hard work put by the Rufous Hornero when building its adobe nest, and as a matter of fact, years after Hudson wrote about the Hornero, the bird was selected to be Argentina’s national bird for its working nature. Hudson also described in detail the Red Coral Tree, which flower became Argentina’s national one. These two species, as well as many others, are easily found in Costanera Sur Nature Reserve, in the heart of Buenos Aires City. This 350-hectare reserve is excellent for a first contact with the Pampas’ birds and wildlife. By paying a half-day visit to Costanera Sur, one can easily watch 50 or more species of birds. Some of the commonest ones include Coscoroba and Black-necked Swans, three species of coots, Monk Parakeet, Green-barred Woodpecker and many passerines, such as Masked Gnatcatcher, Yellow-billed Cardinal, Black-and-Rufous Warbling-Finch, Spectacled Tyrant and Great Pampa-Finch. Several species of mammals and reptiles live here as well, and it is not unusual to find South American Coypu or Nutria, two species of opossums, Lesser Cavy, Teju Lizard, Hillary’s Side-necked Turtle and many others.

But perhaps the richest birding area in the Argentine Pampas is the one located in the north-easternmost part of Buenos Aires, and southern Entre Ríos Province. We will also explore this area, starting with Otamendi National Park, which is located less than 80 kilometers north of Buenos Aires City. Otamendi is the main gateway to a wide diversity of Pampas ecosystems, including grasslands, riverine forests, marshlands and thorny woodlands. Some highly localized bird species live here, including both Straight-billed and Curve-billed Reedhaunters, Chicli Spinetail, Red-rumped Warbling-Finch and Rufous-capped Antshrike among others. But there’s yet another location further north of Otamendi, which is considered the most productive birding area in the Pampas: Ceibas. The habitat here is similar to that of Otamendi, but the number of birds is normally higher, so we will devote one full day to explore this spectacular birding location. We will finally explore the grasslands habitats of southern Entre Ríos and northern Buenos Aires province. It is here where we will put a special effort in finding several species of seedeaters, and some spectacular birds such as Saffron-cowled Blackbird.

Some Birds We’ll Look For

Great tour for combining with:

Private transportation for all transfers and excursions. Accommodations on a twin/double basis. Single supplements on request. Full time Trogon Tours’ leader to accompany the group from day 1 on arrival in Córdoba Airport to day 11 on departure from Buenos Aires International Airport. All breakfasts, lunches, box-lunches and dinners, from dinner on day 1 to breakfast on day 11 of the tour. No drinks included. Admission fees to all national parks and nature reserves.