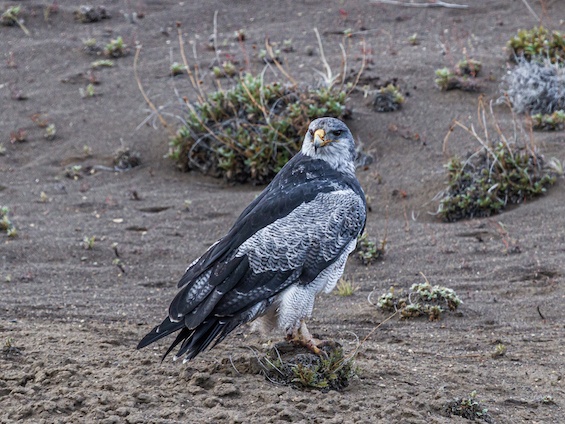 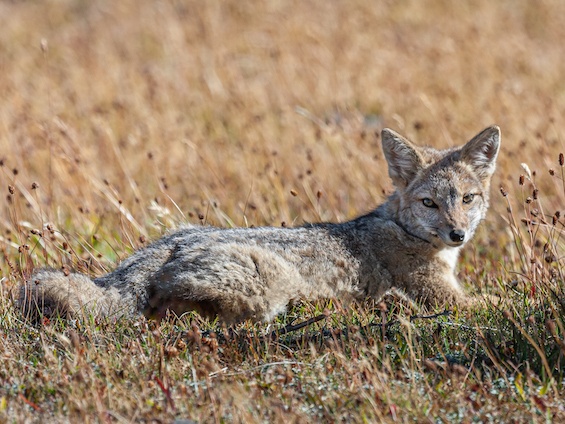 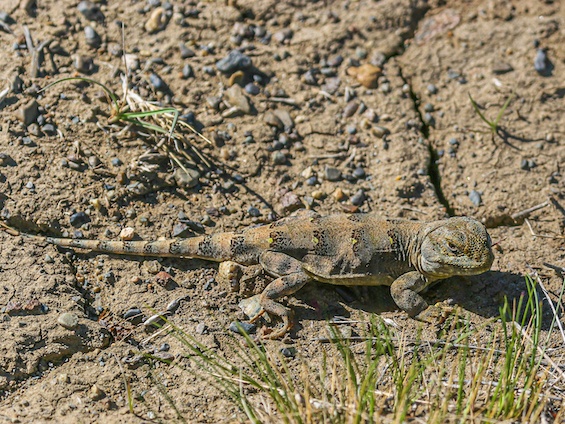 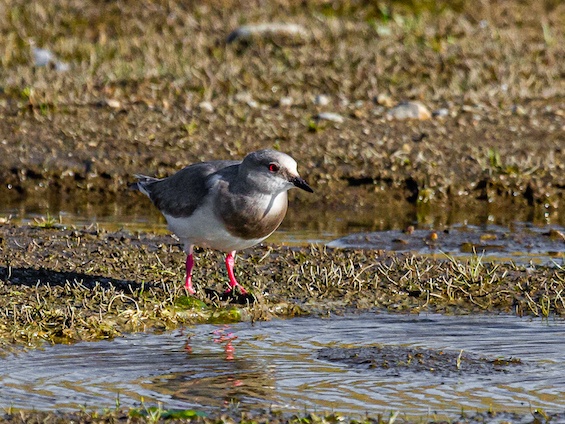 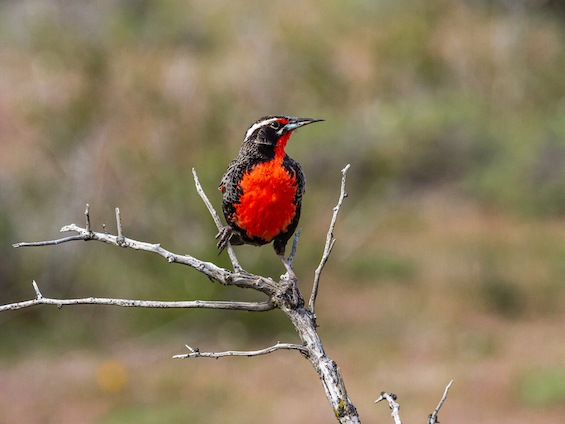 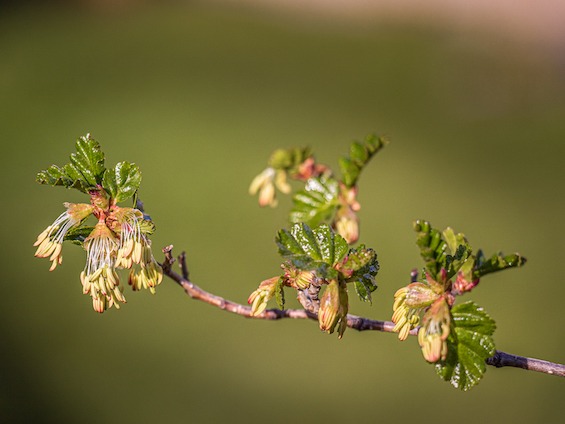 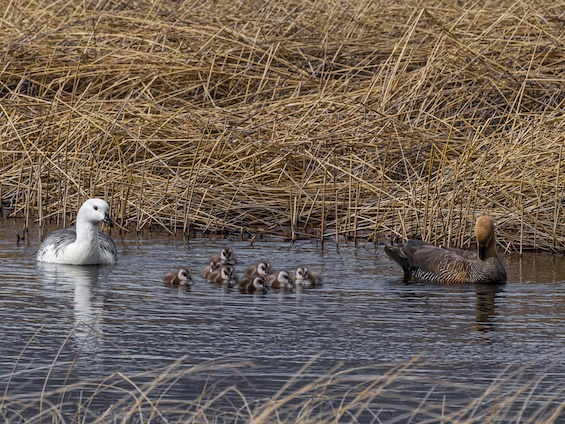 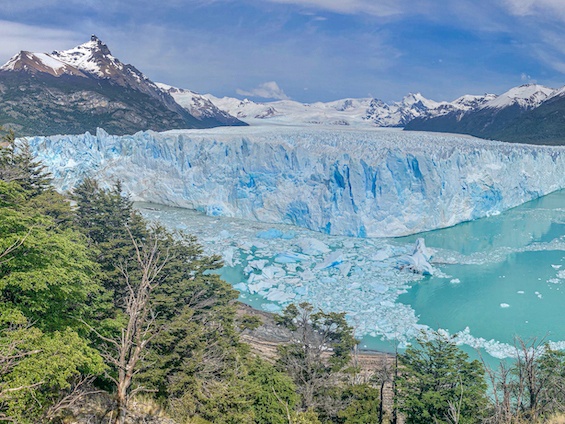 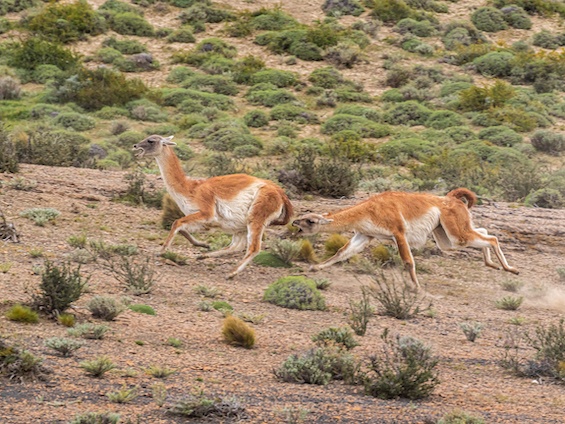 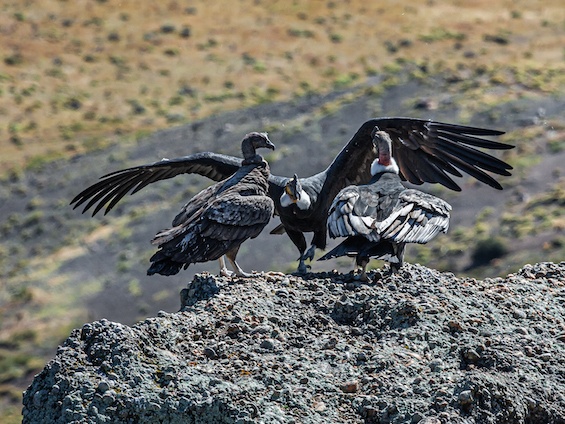 The emblematic and worldwide known Moreno Glacier is the dramatic evidence of a remote era in which Patagonia was covered by glaciers. The 717,800 hectares (1,774,000 acres) of Los Glaciares National Park harbor this -at present the only advancing glacier in Argentina- and other 47 huge glaciers. Experience the southern Patagonian wilderness, a land where ancient Southern Beech forests, endless arid plateaus and impressive inland lakes give frame to the most incredible array of Patagonian wildlife. Los Glaciares National Park has been declared a Worldwide Natural Heritage Site by UNESCO.

The “Calafate” (Box-leafed Berberis) is a prickly short bush which at the end of the austral summer produces a very tasty berry, similar in size and shape to that of the Blueberry. An old Patagonian legend says that those who taste the Calafate berry are doomed to come back to Patagonia. El Calafate is also the name of a charming village that sits on the shores of Lake Argentino, which surely will make you want to come back as often as possible… even if you have not tasted the famous berry! There is an international airport in town, and the quality of the hotels and restaurants is excellent. El Calafate is the main gateway to one of the most spectacular landscapes of Argentine Patagonia: the Austral Andes Glaciers. The most well-known and visited glacier is the Moreno, mainly because it is easily accessed by land, but also because it is one of the few Glaciers in our continent that advances and recedes constantly. One huge vertical five-kilometers ice wall of this glacier sinks into the Canal de los Témpanos (Channel of the Icebergs), which connects one of the arms of Lake Argentino -called Rico- with its main body. Once every certain number of years -normally between 4 and 10- the Moreno Glacier fully crosses the channel, turning into an actual impounding dam that prevents water passage and causes an unusual rise in the waters of the Rico Arm. The pressure of the water finally produces the rupture of the ice dam. This spectacular show congregates hundreds of glacier enthusiasts the world over, who eagerly wait for the ice bridge to break down. But there is no need to wait for so long to be astounded by the glacier. Huge masses of ice constantly collapse from the front wall; their thundering fall being welcomed by people’s spontaneous applause at all times. The glacier was named after Francisco P. Moreno, a famous Argentine explorer, well known as the father of the National Parks in this country. One of his greatest achievements was the discovery of Lake Argentino.

Wildlife in this part of the World is unique. Groups of Guanacos and Lesser Rheas are likely to be seen during the tours. By watching carefully over the edge of the rocky cliffs and up above the snow-covered peaks of the majestic Andes, you will surely be surprised by the Master of the Skies: The Andean Condor. Laguna Nimez -a small lagoon surrounded by reed beds in Calafate- gives shelter to several species of birds, like Black-necked Swan, Chilean Flamingo, Andean Ruddy-Duck, South American Snipe, Upland Goose and Magellanic Plover. Other special birds dwelling this region include Spectacled Duck, Lesser Horned Owl, Patagonian Tinamou and Magellanic Woodpecker.

Private transportation for all transfers and excursions. Accommodations on a twin/double basis. Single supplements on request. Full time Trogon Tours’ leader to accompany the group from day 1 on arrival in El Calafate airport to day 4 on departure from that same airport. Local guides where required by law. All breakfasts, lunches, box-lunches and dinners, from dinner on day 1 to breakfast on day 4 of the tour. No drinks included. Admission fees to all national parks and nature reserves.