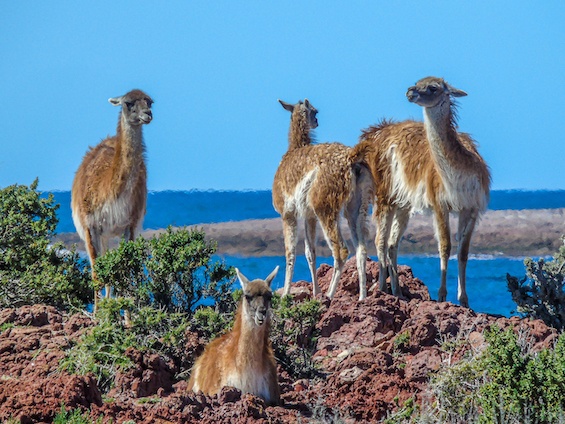 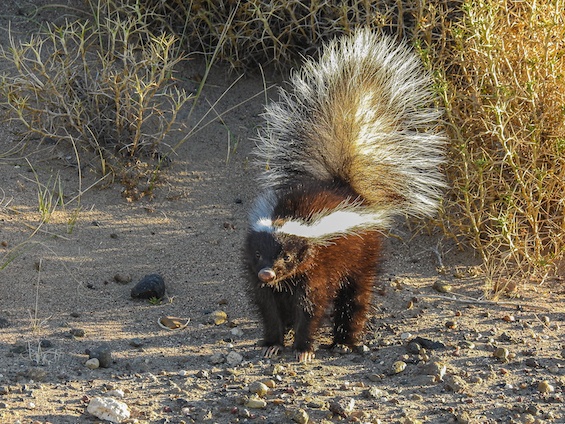 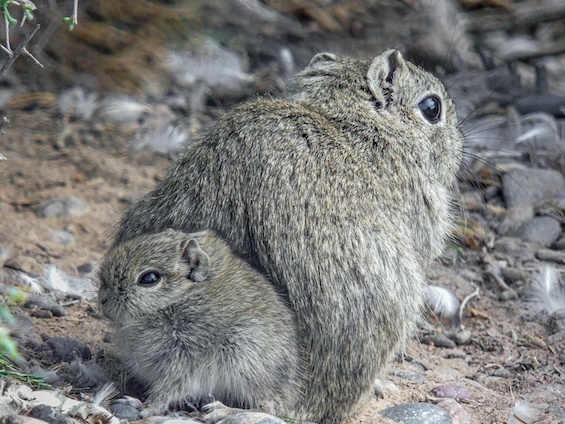 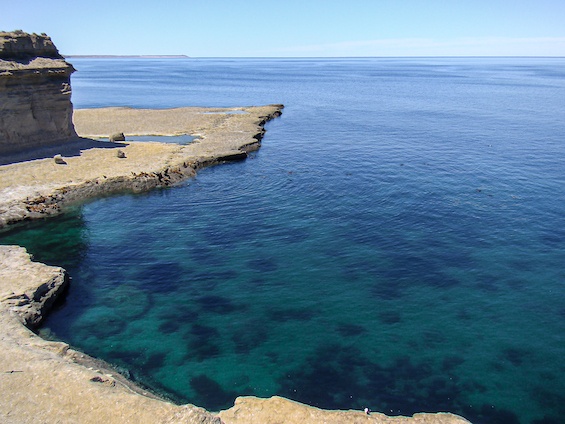 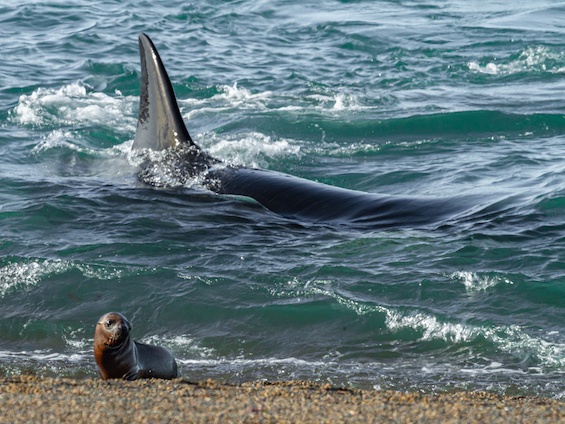 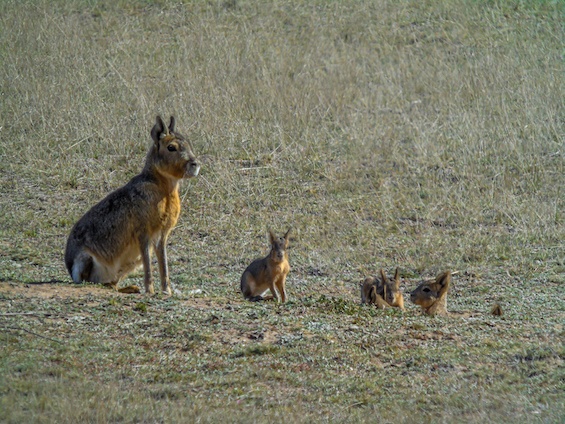 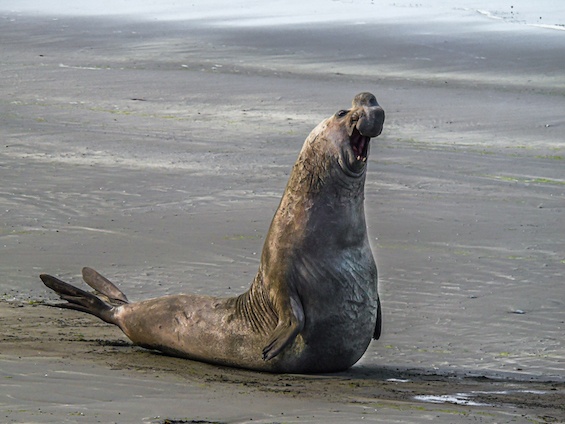 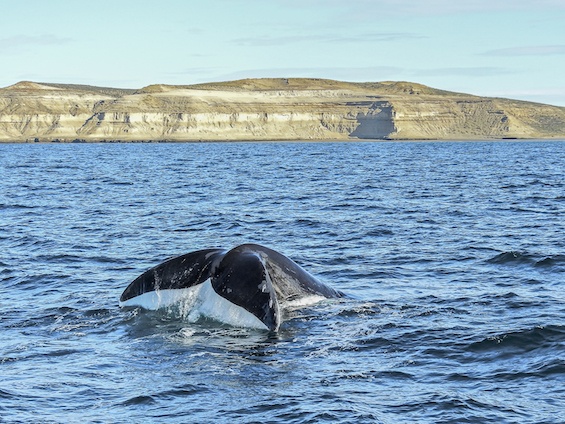 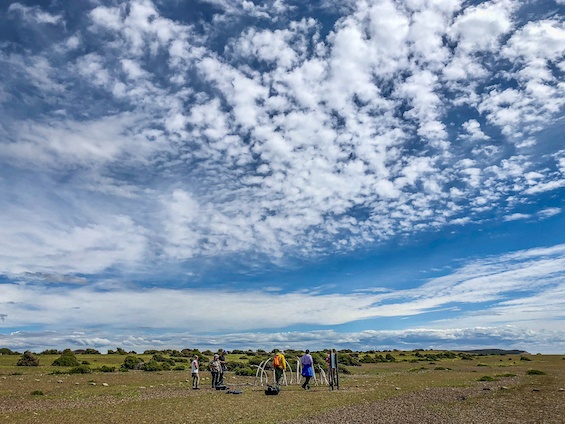 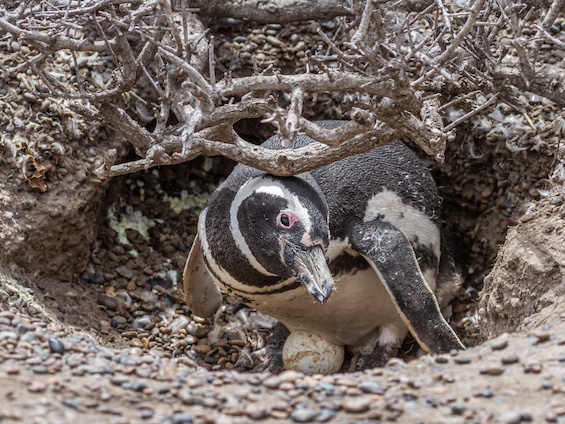 The eastern coast of Patagonia is a semi-arid steppe, outlined by the deep blue waters of the Atlantic Ocean. In the heart of Argentine Patagonia, the Province of Chubut holds the most spectacular natural treasures of them all: The Valdés Peninsula. This unique wilderness area is home and breeding ground to a great diversity of marine mammals and birds, including Southern Right Whale, Southern Elephant Seal, Orca, Magellanic Penguin and Commerson’s Dolphin to name but a few.

The Atlantic coast of Patagonia is, by far, the area where the highest numbers and widest diversity of marine mammals can be found in southern South America. Images of Orcas taking sea lions from solitary gravel beaches at the Valdes Peninsula have been the substance of innumerable nature films made by the most prestigious international television networks. This area is home to the largest breeding population of Southern Right Whales on Earth. More than 1,000 individuals spend up to 9 months of the year in the pristine waters of this remote paradise… that does not even speak to the 32,000 Southern Elephant Seals, 8,000 Southern Sea Lions and huge numbers of several species of Dolphins and Porpoises who share this environment as well.

A diversity of land mammals dwell this unique Peninsula too. Herds of Guanacos roam in the endless steppes of Patagonia, and being protected here, they are really abundant. The Mara, or Patagonian Cavy, is the largest rodent in Patagonia, and it lives and reproduces inside the Valdés Peninsula. A smaller cousin of the Mara, the Patagonian Lesser Cavy, is frequently found taking the sun just outside the Magellanic Penguins’ burrows, where they find shelter. Two species of armadillos live here as well, and there are Grisons, Skunks, Wild Cats, and other desert dwellers.

Birds in this part of the world are really unique, since many of them are restricted to the Patagonian region, like for example White-headed Steamer-Duck, Rusty-backed Monjita, Band-tailed Earthcreeper, Patagonian Canastero and Carbonated Sierra-Finch among others. Thi is also home to the largest nesting colonies of Magellanic Penguins on earth. Around one million penguins nest, raise their young and molt their feathers in northeastern Chubut every year between September and April. This is certainly a magic place, with several reserves for visitors to enjoy watching and photographing these amusing penguins right next to their feet.

Private transportation for all transfers and excursions. Accommodations on a twin/double basis. Single supplements on request. Full time Trogon Tours’ leader to accompany the group from day 1 on arrival in Trelew or Puerto Madryn airport to day 4 on departure from that same airport. Local guides where required by law. All breakfasts, lunches, box-lunches and dinners, from dinner on day 1 to lunch on day 4 of the tour. No drinks included. One whalewatching boat tour in Puerto Pirámides on a shared basis. Admission fees to all national parks and nature reserves.