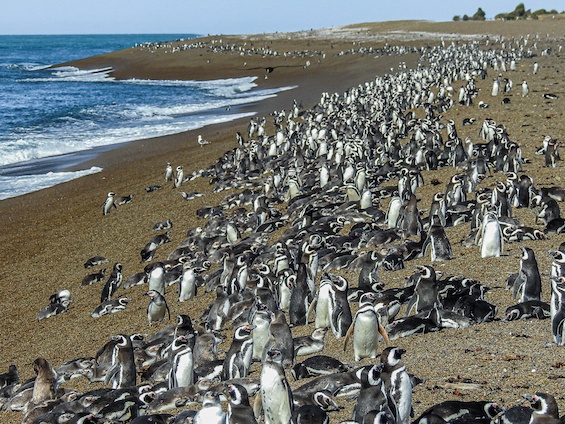 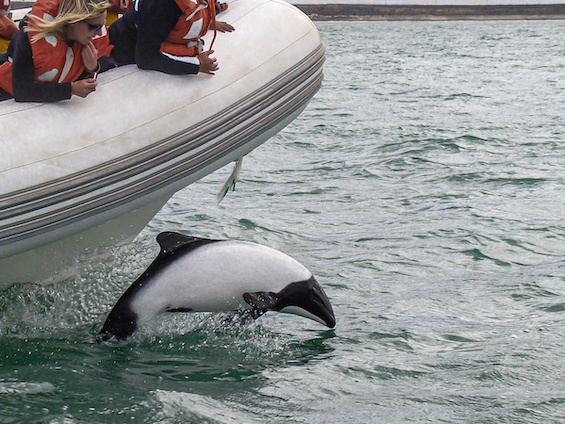 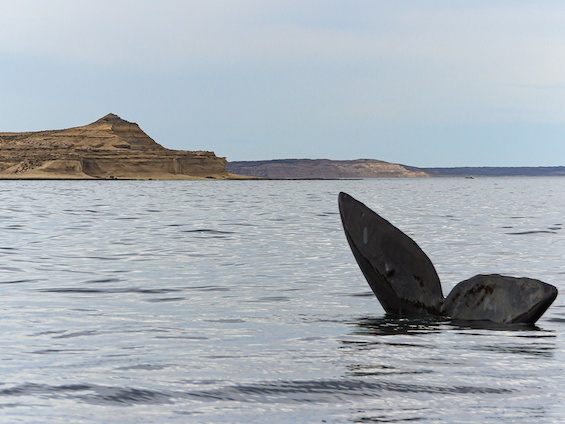 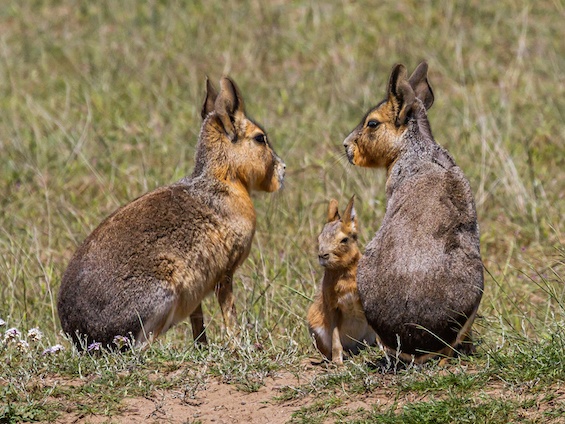 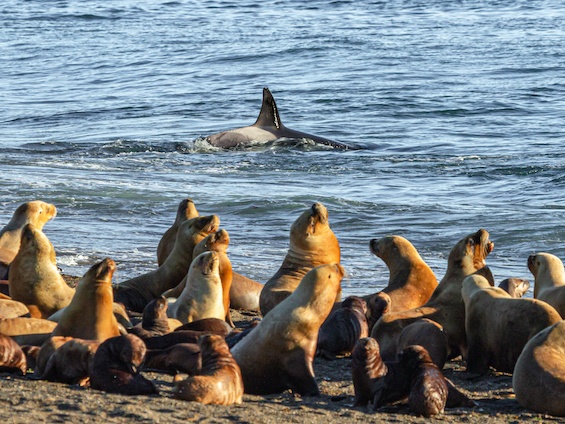 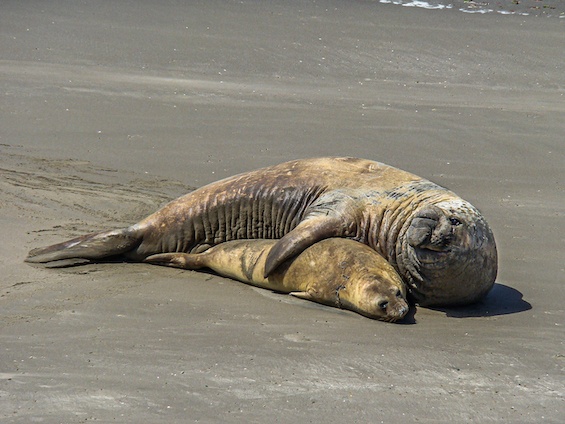 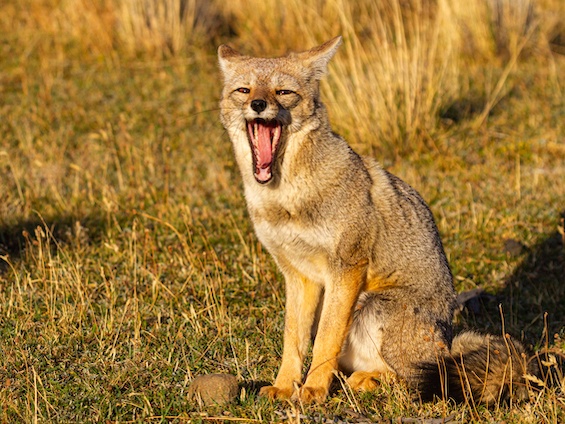 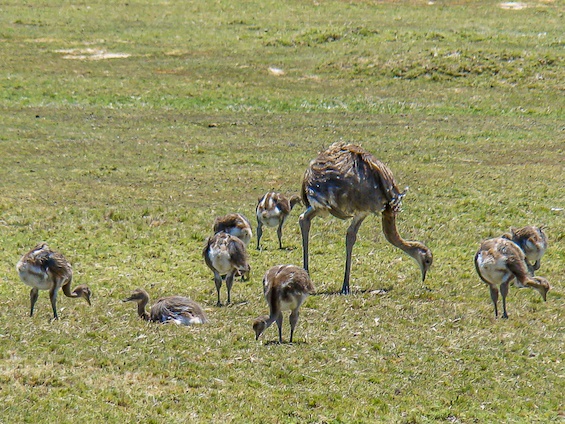 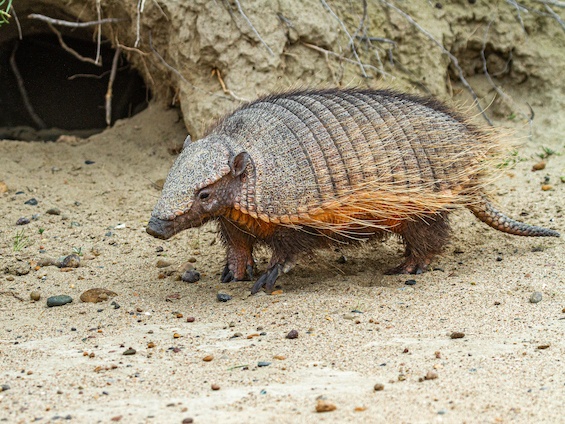 Eastern Patagonia is a land of vast solitudes. It is here where the arid steppes of the Patagonian Plateau reach the Atlantic Ocean. Tall sedimentary cliffs frame endless gravel beaches in this area, providing shelter to innumerable seabirds and marine mammals that make their home in these remote, barren shores. Eastern Patagonia’s unique wilderness allures naturalists the world over, imprinting strong memories in the minds of remarkable ones like Charles Darwin, Gerald Durrell, William Henry Hudson and Sir David Attenborough to name but a few. Books like The Voyage of the Beagle, The Whispering Land and Idle Days in Patagonia, and documentaries like the chapter of BBC’s The Trials of Life featuring Orcas hunting sea lions on the shores of the Valdés Peninsula, reflect their personal experiences in this magical land.

Our tour starts at the Valdés Peninsula, arguably the richest nature reserve in Eastern Patagonia. This area is home to more than 32,000 Southern Elephant Seals and over 8,000 Southern Sea Lions, but it is best known by its cetaceans, with roughly 1,000 Southern Right Whales relying on its waters yearly to complete their breeding cycle, and its world-renowned population of sea-lion hunting Orcas.

Finally, we’ll visit the area of Puerto Deseado, in northeastern Santa Cruz Province, in the southernmost end of our journey. From the city of Puerto Deseado, we will have the opportunity to take a boat trip and go visiting Penguin Island. This solitary island is home to the only nesting colony of Rockhopper Penguins on the Atlantic coast of South America. We will also explore the estuary of the Deseado River by boat. This is home to the most incredible array of marine fauna possibly found outside the Valdés Peninsula, including such unique wildlife highlights as the only nesting colony of Red-legged Cormorant on Atlantic Patagonia and a resident population of Commerson’s Dolphin.

Driving through the steppe, we will always have chances to see and photograph several land mammals and birds. Herds of Guanaco still roam freely in the endless steppes of Patagonia. The Mara, or Patagonian Cavy, is the largest rodent in Patagonia. It is an Argentine endemic and the entire population is restricted to the driest areas of central Argentina and northern Patagonia. Their smaller cousin, Patagonian Lesser Cavy, is frequently found taking the sun just outside Magellanic Penguins’ burrows, where they find shelter. Two species of armadillo: Lage Hairy and Pichi live here as well. Other mammals possibly seen along the way include Lesser Grison, Humboldt’s Hog-nosed Skunk, Geoffroy’s Cat, and two species of fox: Patagonian Grey (or Chilla) and Culpeo (or Andean).

Birds in this part of the world are really unique, since many of them are restricted to the Patagonian region, like for example Chubut Steamer-Duck, Rusty-backed Monjita, Band-tailed Earthcreeper, Patagonian Canastero and Carbonated Sierra Finch among others. It is also here where the largest nesting colonies of Magellanic Penguin on earth can be found. Around one million penguins nest, raise their young and molt their feathers in northeastern Chubut every year between September and April.

Great tour for combining with:

Private transportation for all transfers and excursions. Accommodations on a twin/double basis. Single supplements on request. Full time Trogon Tours’ leader to accompany the group from day 1 on arrival in Trelew or Puerto Madryn airport to day 8 on departure from Comodoro Rivadavia airport. Local guides where required by law. All breakfasts, lunches, box-lunches and dinners, from dinner on day 1 to lunch on day 8 of the tour. No drinks included. One boat tour on a shared basis in Puerto Piramides for watching Southern Right Whale or general marine birds and mammals (varying according to your selected tour dates). Admission fees to all national parks and nature reserves.