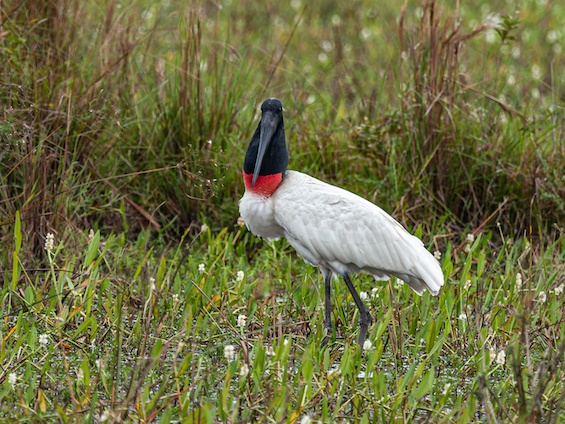 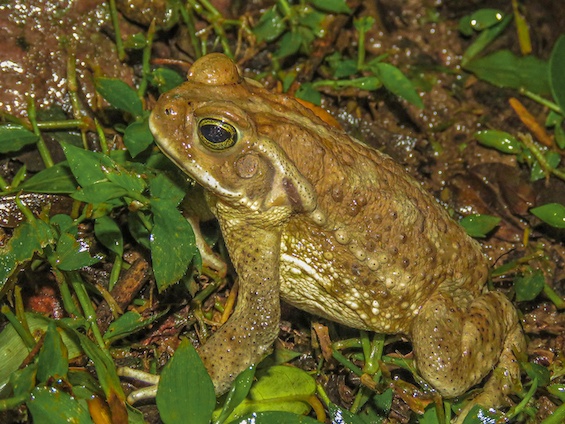 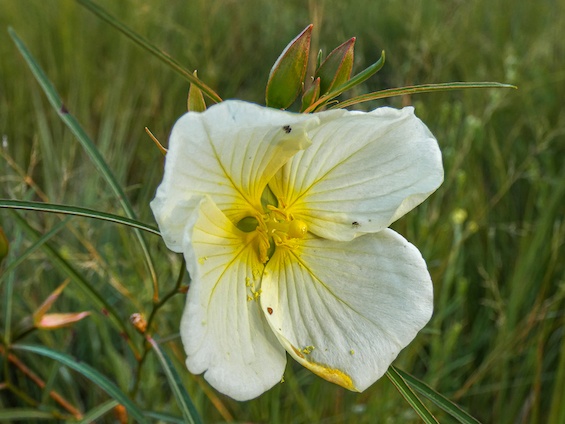 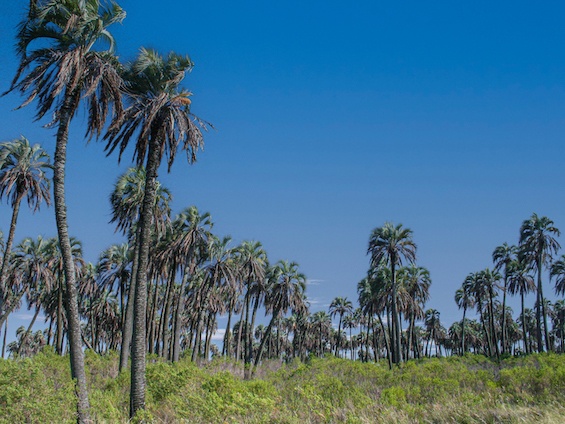 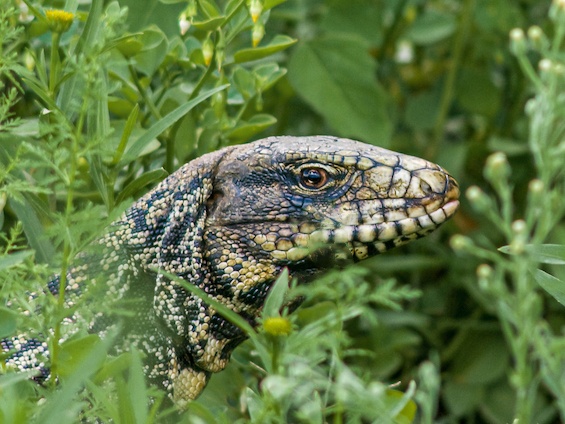 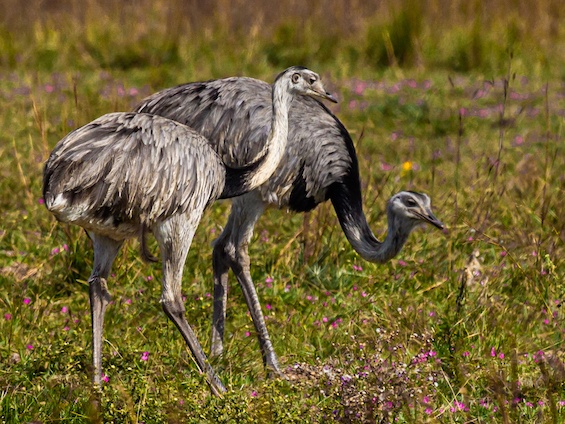 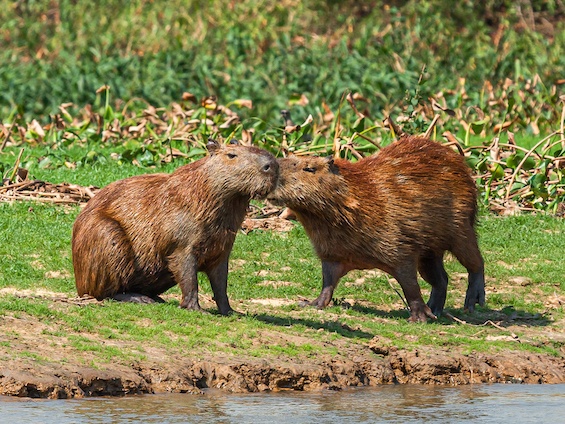 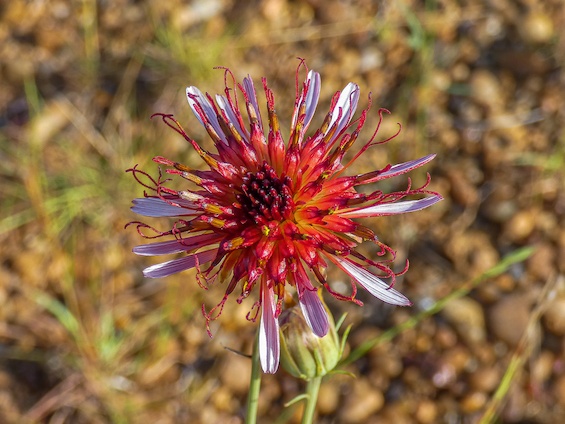 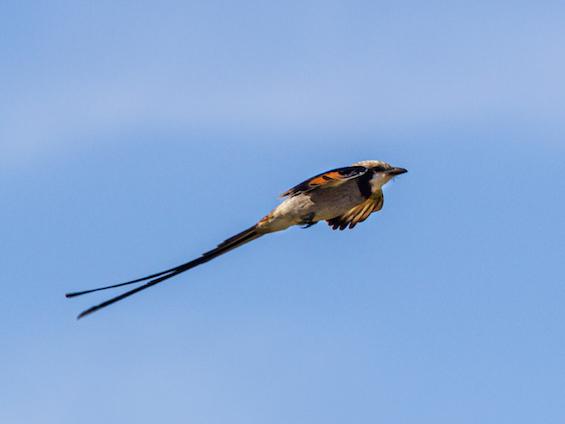 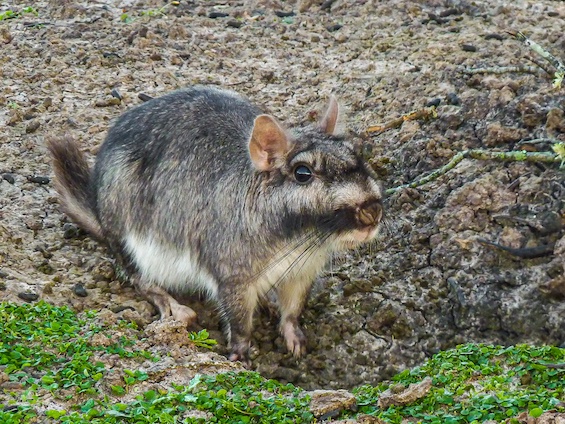 Join us on this fantastic birding adventure in the heart end of South America. Our wildlife adventure begins by exploring the world famous Pantanal, where we’ll spend time exploring its northern section, between Poconé and the Cuiabá River, to then move on to the Cerrado habitat in and around Chapada dos Guimarães.

The Pantanal is considered the easiest place to see and photograph a great variety of tropical animals in the Neotropics. The Pantanal is perhaps the only place on earth where one has reasonable chances to encounter Jaguars in the wild. While mammals are impressive, it is the amazing abundance of birds that gives Pantanal its fame. It is a destination for three major South American migratory routes. The shrinking of vast flooded areas in the beginning of the dry season, concentrate fish for waders such as Jabiru, Maguari and Wood storks, Great and Snowy egrets, numerous herons, five species of ibis and Roseate Spoonbill. Four species of kingfishers, Snail Kite, Black-collared and Roadside hawks and several other raptor species, many parrots, parakeets and macaws and an array of other interesting birds make from this a favorite destination for bird watchers the world over. The ease with which birds can be seen is equally a bonus for the experienced birder and first-time birding tour participant.

The Cerrado, or Campo Cerrado, corresponds to the arboreal savanna of other tropical continents. It spans over more than 2 million square kilometers (770,000 sp. Mi.), covering 23.5% of Brazil’s land area. This ecosystem dominates west-central Brazil, extending all the way south into Paraguay. Sparsely scattered low trees and bushes with twisted branches, thick grooved bark and leathery leaves shape this habitat. Reddish-colored termite nests are prominent on the trunks and they give shelter to nesting Campo Flicker and Peach-fronted Parakeet, who tunnel into their depths. The bird specialties here include Stripe-tailed Yellow-Finch, White-rumped and Shrike-like tanagers, Coal-crested Finch, Red-legged Seriema, Red-winged Tinamou, Yellow-faced Parrot, the secretive Collared Crescentchest and the endemic Rufous-winged Antshrike.

Iguazú Falls, around 250 species of birds, hummingbird feeders, more than 600 species of butterflies, the Atlantic Forest.

Private transportation for all transfers and excursions. Accommodations on a twin/double basis. Single supplements on request. Full time Trogon Tours’ leader to accompany the group from day 1 on arrival in Iguazú or Iguaçú airport to day 4 on departure from that same airport. Local guides where required by law. All breakfasts, lunches, box-lunches and dinners, from dinner on day 1 to lunch on day 4 of the tour. No drinks included. Admission fees to all national parks and nature reserves.

Wildlife of the Brazilian Pantanal and Cerrado 16 days

The specialist who designs your trip to India will have explored the country many times and, in some cases, lived there. Their first-hand knowledge gives us the belief that no other travel company can match our expertise in helping you plan your trip. Your dedicated specialist will take the time to understand your preferences and build them into an itinerary to match, working to your budget. He or she will keep perfecting it until you’re completely happy and ready to book.