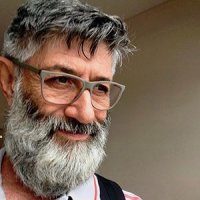 Miguel is one of the founders and co-owner of Trogon Tours. He worked in Iguazú as a National Park Guard and Chief Naturalist for 6 years, where he had the chance to combine his guard training with a strong personal interest for achieving an impressive understanding of both flora and fauna of the subtropical rainforests. As a naturalist, Miguel has focused in bird songs identification, and he has been recording birds for almost 20 years, keeping records of the vast majority of the species present in northern Argentina and Southern Brazil. Miguel has also made a number of contributions to nature conservation and education. He participated in an expedition throughout north eastern Argentina and Southern Brazil, which was organized by Conservation International, to explore the very last relicts of the natural habitat of the Glaucous Macaw, in search of the last individuals left of this magnificent bird, which is now thought to be extinct. Miguel worked in Guyana with The Smithsonian Institution, giving training courses for indigenous people to become natural history tour guides. He has also worked in Guyana on bird populations monitoring for the Kansas Museum. Also in the field of education, Miguel teaches at the University of Misiones in the training courses for professional tour guides. He is also co-author of the Inventory to the Birds of Iguazú National Park. Miguel started to work as a nature tour leader in 1991. He focused on birds and wildlife of Southern Brazil, Bolivia and Northern Argentina. His solid knowledge of the Pantanal and the subtropical rainforests of northern Argentina led to a number of important discoveries, including first sightings of many bird species for Argentina -like American Pygmy Kingfisher & Capped Heron to name but a few- and the location of one of the most visited nests of Harpy Eagle in southern Brazil; a discovery he made more than 10 years ago, which opened the way for a great number of birders to see this very secretive species. Miguel speaks fluent English, Spanish and Portuguese and enjoys widely showing wildlife to people. He lives with his wife Karina and his two sons, Ignacio and Félix in Puerto Iguazú, Argentina, very close to the mighty Iguazú Falls. 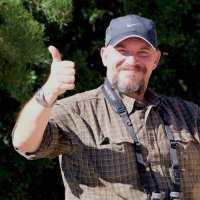 Luis is one of the founders and co-owner of Trogon Tours. His home land is Patagonia, where he spent most of his life. He started leading birding and wildlife tours in 1982. Based in Buenos Aires at that time, he joined the Argentine Ornithological Society (AOP) and the Argentine Wildlife Foundation (FVSA), taking several courses on birds, bird watching, marine mammals, flora and geology, and soon started leading groups of Argentine birders and naturalists in different National Parks and Nature Reserves within the country. At age 20 Luis took his first group of foreign birders throughout Argentina and he continues leading English speaking naturalists and birders throughout the Neotropics and Antarctica, focusing mainly on flora expeditions, general natural history and nature photography tours.

Luis’ administration and tour planning skills date back to 1985, when was hired by a tour company in Buenos Aires to develop and manage their educational tours department. It was back then when he started developing Costanera Sur -the famous wildlife reserve located in the heart of Buenos Aires City- as a birding destination, running scheduled tours to this fantastic wildlife area almost on a daily basis… and this was much before it became a reserve!

In 1987, Luis decided to move back to Patagonia, where he settled in Puerto Madryn. Based there he continued working as an independent tour leader and locally as tour guide specialized in birding and nature tours. He was also an associate at a local nature tour company, running their operations department between 1995 and 1997. Luis finally started Seebirds -his own birding tour company- in 1997, catering for birders visiting Patagonia. Three years after, in 2000, he moved one step forward and founded Birding Argentina and Trogon Tours with Miguel Castelino. Combining his own field and office experience with that of Miguel, they started trading first as Birding Argentina, running only birding tours in this country. Regardless, it didn’t take long for the company to start expanding towards neighboring countries, catering not just for birders but also for other naturalists. For facing these new challenges, Luis and Miguel invited wildlife specialists from other fields to join the company, and its name was changed to Trogon Tours. Throughout the years, Trogon Tours became one of Latin America’s prime nature tour operators, pioneering expeditions in a wide variety of natural areas throughout the Neotropics. Trogon Tours currently runs birding and nature tours throughout the Neotropics and Antarctica.

Luis has also been involved in many wildlife conservation projects, mainly on Shorebirds and Seabirds. He worked as a volunteer with the Magellanic Penguin Project in Punta Tombo for 4 seasons. He was also in charge of a rescue station for penguins affected by off-shore oil spilling in Puerto Madryn in 1991. That same year, Luis helped founding the Austral Ornithological Society, becoming its first president.

He is also a keen cacti enthusiast, and keeps a vast collection of Argentine and Neotropical cacti at home, most of them grown from seeds. In the last few years, Luis started sharing his passion for these amazing plants with members of the local community, and -along with Willy Smith, Trogon Tours’ flora specialist- he has developed a series of cacti tours running in different Latin American countries.

To this day, Luis continues organizing and dictating bird watching, natural history and flora courses in Patagonia, encouraging other tour guides and general public to get out there and enjoy nature around us. Luis lives in Puerto Madryn with his wife Nancy. 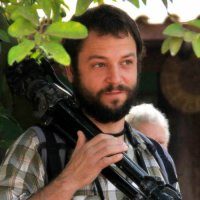 Lucas is one of Trogon Tours partners and senior tour leader for southern South America and Antarctica. Lucas got his diploma in Biology at the School of Natural Science and Museum of the National University of La Plata. His first work as a professional ornithologist was assessing the health of a bird community in a petrol refinery. Since then, he has worked as an ornithologist for the I.A.A. (Instituto Antárctico Argentino) in Antarctica for four different seasons; for the National University of La Plata in bird control at airports and landfills, assessing problems related to birds and power lines; and, for private companies in many ornithological inventories and assessments all along Argentina- in the field of mining, wind power, road constructions, urban developments and others. He has also been working as an environmental consultant for many different projects and fields of expertise.

With more than 15 trips to the white continent, he started leading birding and natural history tours to Antarctica in 2004. At the same time, he gave lectures on Antarctic fauna to then join Trogon Tours in 2005. He soon became one of the company’s senior leaders, guiding many of our tours in Argentina, Bolivia, Chile, Antarctica and Brazil. Throughout the years, Lucas has specialized in leading birding, mammal and photography journeys. He is very flexible and happy to work with the wide myriad of traveler profiles in the world of nature travel.

Lucas has finally became one of Trogon Tours’ partners and associate in 2016. Besides leading tours, Lucas is our sales manager, and therefore the person in charge of making true your nature travel adventures in Latin America and Antarctica with Trogon Tours.

Lucas also works as a Senior Lecturer in ornithology at the university and still does environmental assessments. He also loves reading, listening to music, playing guitar and rugby. He lives in the city of La Plata, with his wife and three sons.